There are two ways to interpret that: outrage and intrigue. The best headlines do both.

The world is a game of selling, especially in business. VCs sell money to founders, founders sell dreams to investors, businesses sell to clients, and on and on.

Everyone is constantly selling, but most people do this wrong. They think about themselves first and others second.

People are inherently self-centered, on both sides of the equation. Appealing to your own interests first is a surefire way to lose a prospect or potential investor.

Stop talking about yourself

The focus should be on the target. Consider dating? The guy that is always praising himself and dominating the conversation doesn’t get the girl. The beauty of any relationship (not just personal), is that it is two-sided.

The best give before they take. Being genuinely interested in someone else is rare these days. Taking time to listen and try to help is even more uncommon.

And the best founders, investors, advisors… the best people in EVERY field understand this. It isn’t about talking. It is about listening and acting.

Richard Branson does very little in his businesses. Instead he asks key employees how things are going and how he can help. Then rather than doing the work himself, he finds the one or two people perfectly suited to assist — he is a facilitator, and employees love him for it.

The best investors and CEOs do the same. They delegate power and help their team win, anyway they can. The spotlight isn’t important, the results are.

Just implementing that one change can have a dramatic impact on your life.

Have you ever read Dale Carnegie’s How to Win Friends and Influence People? If not, you should (listen here)

To summarize this potent weapon,  the best way to get what you want is to position it as what other people want.

There is no better sales advice. Period.

In essence, this is first principle thinking applied to individuals.

An example: venture capitalists. What do VCs want? They want returns. They want big exits. They want liquidity.

But why do they want all that? Compensation of course. VCs are paid on a 2 and 20 model, earning 2% management fees per year plus 20% of the carry.

For VCs with large funds, management fees become incredibly meaningful. For micro-VCs, the majority of their cash comes as carry.

But there are other incentives at play as well. In addition to reputation, which allows VCs to raise larger and larger funds and attract top startups, there is a major ego play as well.

This plays out both in terms of fund size, portfolio track record and fund ROIs.

But even some firms are semi-competitive with their other GPs. There can be an “I told you so” culture, both for the winners and the losers. And in a high stakes game of wealth and reputation, these things matter.

Some firms even compensate GPs based on the startups they source. This seems both smart and short-sighted. By incentivizing partners based on “their” startups, VCs are more likely to favor their “own portfolio” companies over those of other GPs.

Wouldn’t this create conflicts in allocating funding and resources…?

In a supposedly team sport, this can complicate things.

[LIKE THIS ARTICLE SO FAR? THEN YOU’LL REALLY WANT TO SIGN UP FOR MY NEWSLETTER OVER HERE — AND GET SOME FREE BONUSES!]

Understanding an individual’s motivation is the best way to sell. Seeing things through the customer’s eyes allows founders to find the logic hooks that work and result in sales. And in a game like this, aligning incentivizes is always important.

This type of thinking can lead to radically new business models and transformational companies. This is the driving force behind the direct to consumer companies of today. Companies like Casper spotted issues in a existing market and by understanding the wants and desires of the customers, created a new, category defining company that is disrupting the common mattress manufacturers everywhere.

The Good and the bad

The ability to manipulate is both incredibly powerful and dangerous. And the ethics question is on display today (look to social media’s struggle on Capitol Hill).

Here is hard to judge however. What determines right and wrong when it comes to business?

McDonald’s convinced America that fast food and french fries were a fun family meal. Was that wrong? The consequences for the country’s healthcare is certainly an obvious issue. And as waistlines bulge and American’s eat themselves further and further into obesity, the problem becomes more and more prevalent.

But it is more complicated than that. Poorer families cannot afford healthy options. Few easy meals are cheaper than McDonalds. And when you’re struggling to put food on the table, anything is better than nothing right?

It gets harder when you consider shareholders. Since January 1970, McDonald’s stock price has soared over 113,700%. Yes, you read that number right. Over 1000x, an ROI most venture capitalists dream of 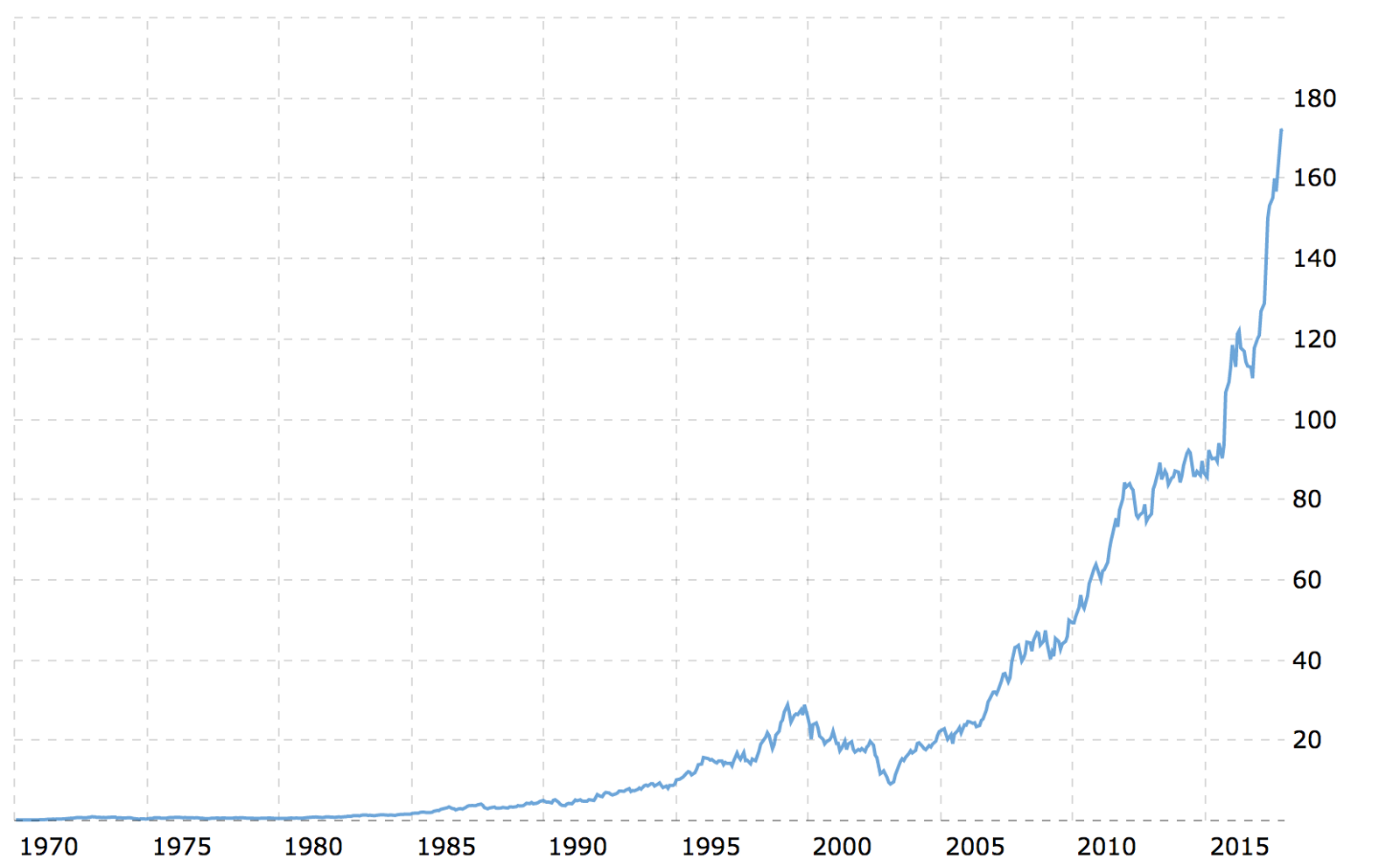 McDonald’s has created wealth for many and employed millions, likely tens of millions. Their employee count today stands at ~375k people.

The company that brainwashed the burger into America certainly understood their customers, and took full advantage of this to build a worldwide, universally recognizable chain and brand.

What is the one thing every person grows up believing, even if they are afraid to acknowledge that belief?

This is the last childhood dream to die. To our graves, we take with us the notion of us. There is only one me.

Apple understood and artfully crafted a marketing campaign around individuality. They appealed to a certain subset of the market, the creators and innovator — ie those most in touch with their inner child.

Perhaps without realizing or meaning to, Apple stumbled upon the driving force behind all of us, creatives especially. This sense of individual and difference drives Apple to this day (plus a healthy dose of wanting to be cool and sex appeal).

Ever notice how Apple fans always say “my iPhone”, “my Mac”, “my Airpods” etc… And non-Apple folks just say my phone, my laptop, my headphones…

That is no mistake.

The brand is the differentiation.

Because in the 80s, 90s and even 2000s, Apple was different. Apple users were early adopters, hipsters, trendy, cool… they were all the things the majority was not. That sense of individuality and rebellion drives the brand today.

I am not advocating lying anywhere in this article. Instead understand what individuals want to hear, and frame your product and pitch in terms of how it helps them reach their goals. Do this right and people will say

“Shut up and take my money”

Conversely, fail here and your business is likely to go bust… sales sell.

I considered including a sales and copywriting guide at the end of this post but opted not to. The art of copywriting can take pages and the concepts, while basic, often do best with examples. I will save this for a future post.

Would love to hear your thoughts on the article. I know many people preach these concepts, but how often do you actually think this through before sending an email?